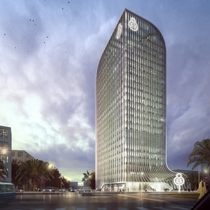 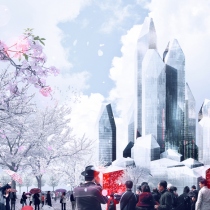 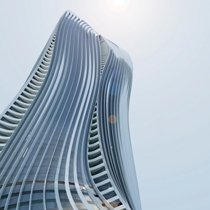 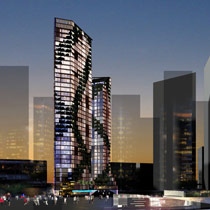 LAVA's concept for the rejuvenation of Garden Island in Sydney sees nineteenth century heritage buildings reimagined as cultural facilities with new residential and recreational buildings inspired by the natural forms of Sydney Harbour.

The ideas for the harbour location turn a previously inaccessible headland into a cultural, leisure, and community destination.

LAVA was commissioned to explore how the area could evolve in future decades when current Navy uses are relocated.

The former dry-dock would be used for floating markets, harbour baths, theatre performances and boat shows, whilst a new residential precinct is inspired by the sweeping curves of Sydney Harbour with all its wonderful bays and beaches and sandstone headlands.

A new pyramid structure houses events and functions, fulfilling a proposal by Australia’s first Government Architect, Francis Greenway, for a pyramid to be constructed on Garden Island.

The new buildings make a departure from the traditional vertical apartment box model. Instead they are conceived as a green and sustainable, airy tower landscape, with roof terraces, balconies, swimming pools and community facilities.

The creation of a new city precinct on the waterfront revitalises Garden Island. 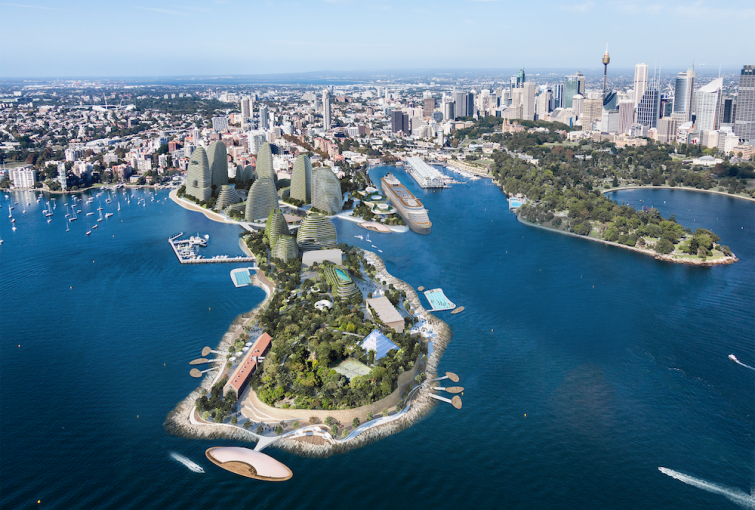 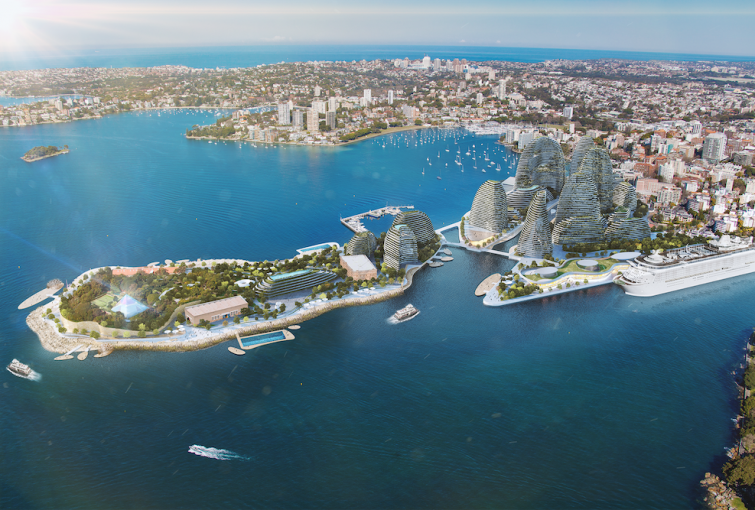 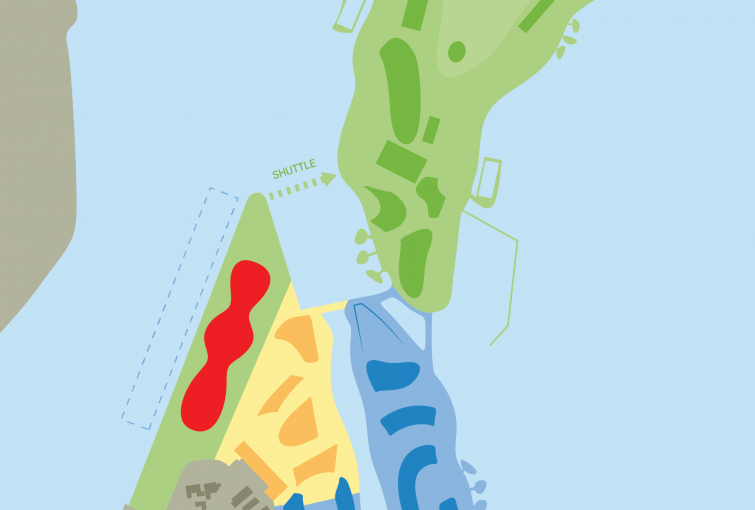 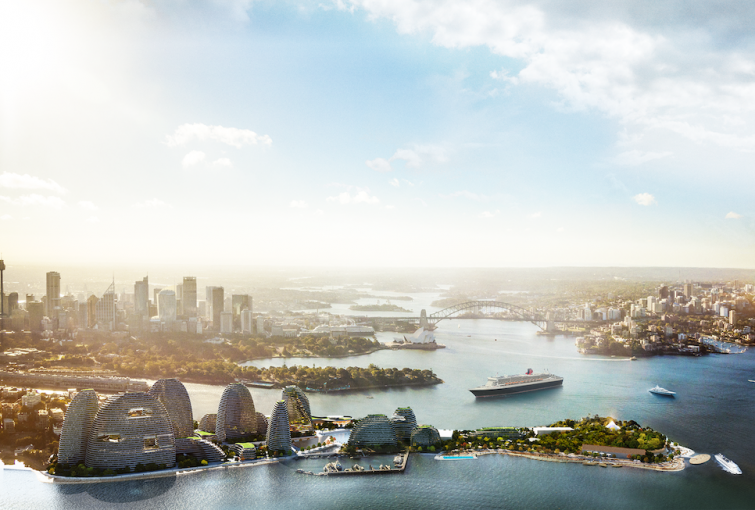 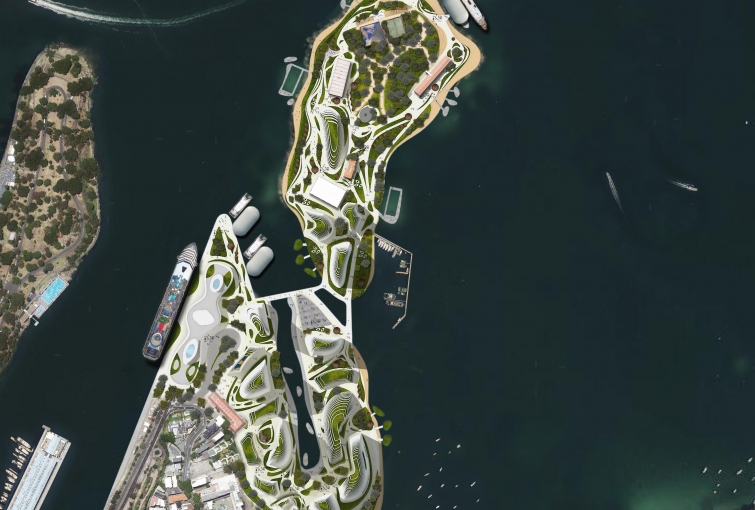 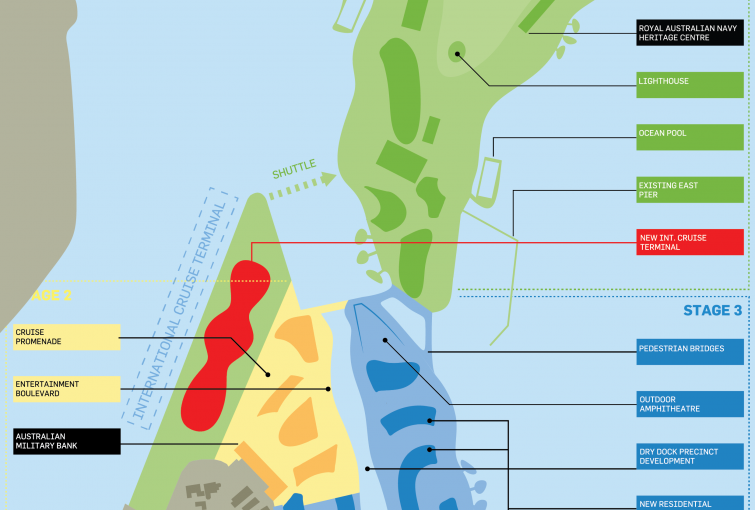