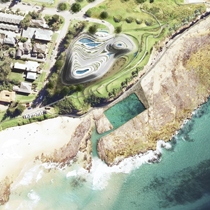 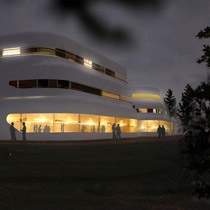 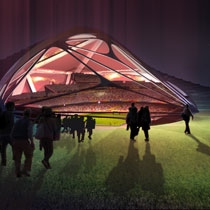 LAVA won 2nd prize in an international competition to design a new city in Malaysia.

LAVA’s concept sees the city defined not as one iconic building, nor as a skyline, but as a central public space, a real forest. This inverse city skyline sees the icon of the city as a public space, not an object/building. This central space demonstrates the equation: PEOPLE = CITY. From an object to a place.

Several buildings step down towards this green public centre and are an architectural interpretation of the rainforest, with various layers of program and vertical stratification.

Future city notions are embedded into LAVA’s overall concept. These include: a ‘public city’, a central public space surrounded by buildings; a ‘layered city’, where people, railways and traffic are separated with vehicles underground; a ‘loop city’, a closed loop system reusing it’s resources and controlling the out-flow; and a ‘sponge city’, with recycling processes hidden underground. 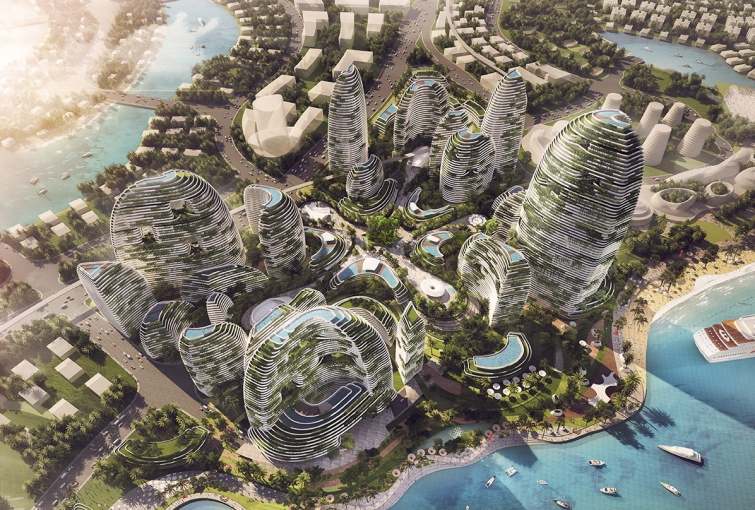 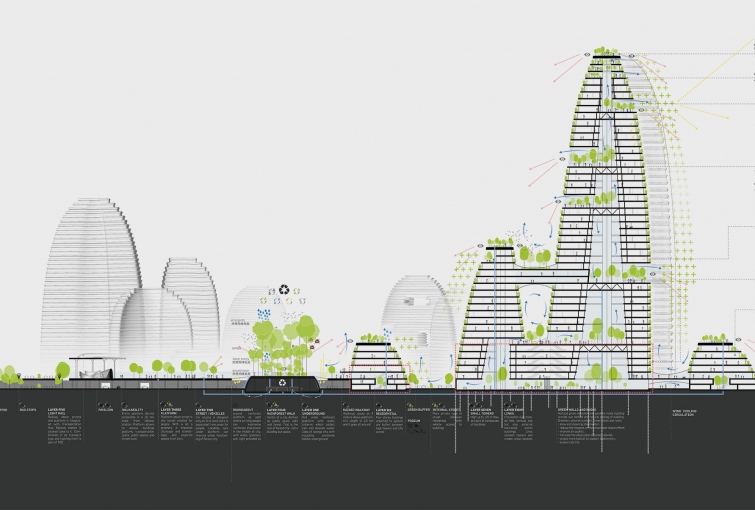 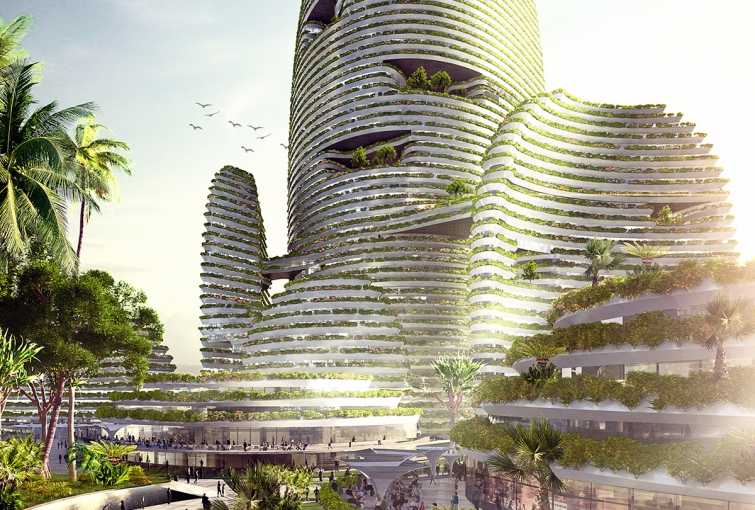 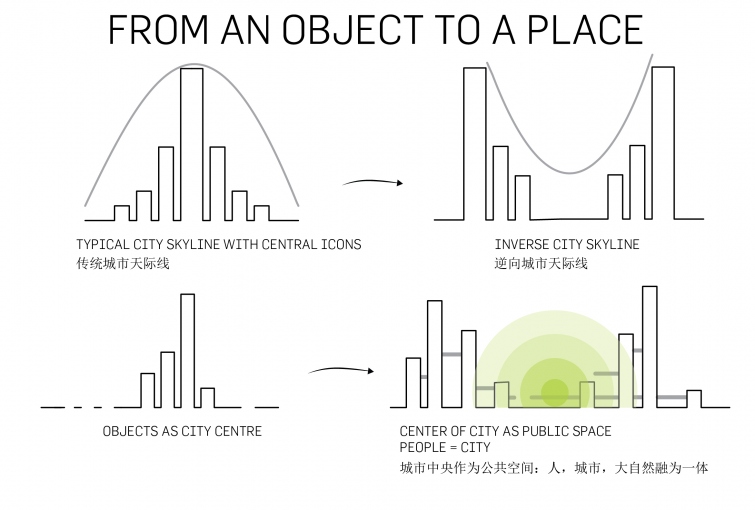 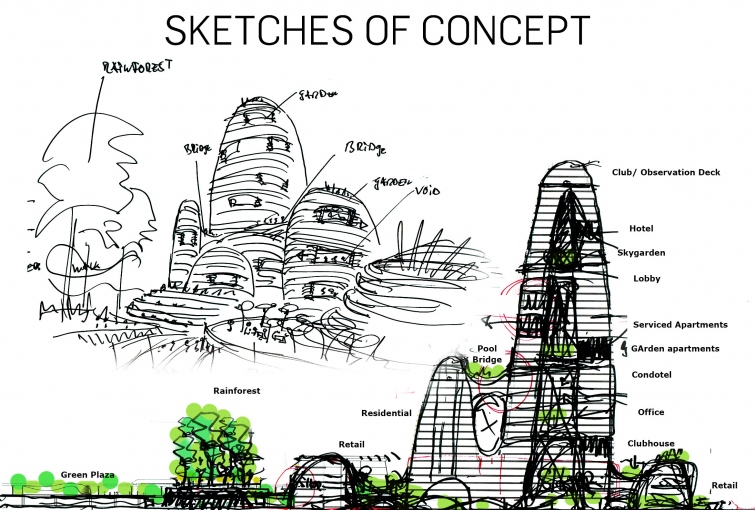 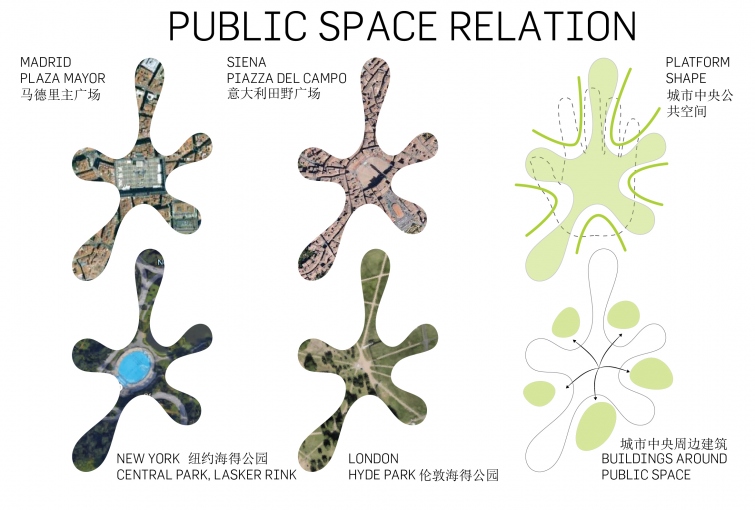 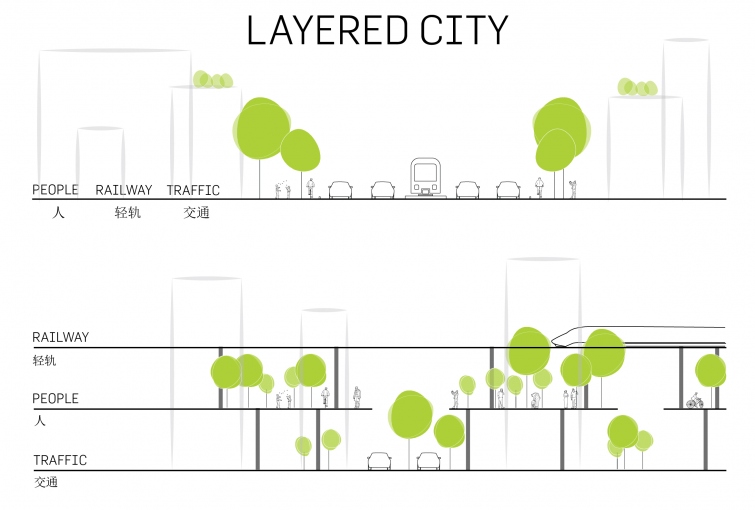 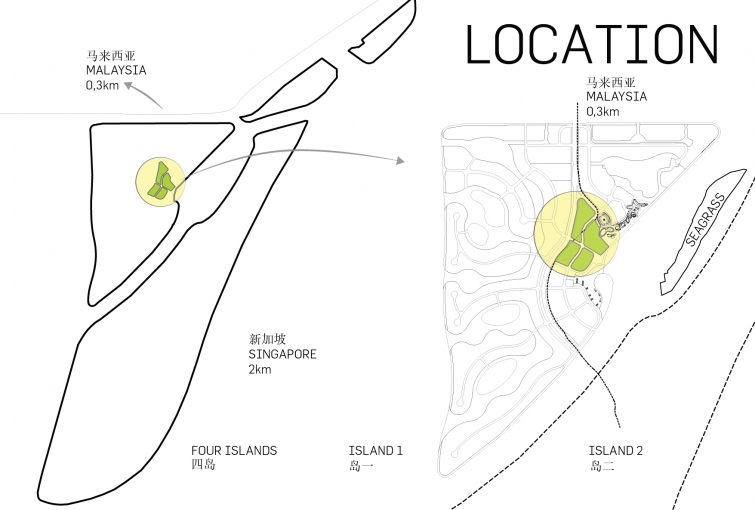 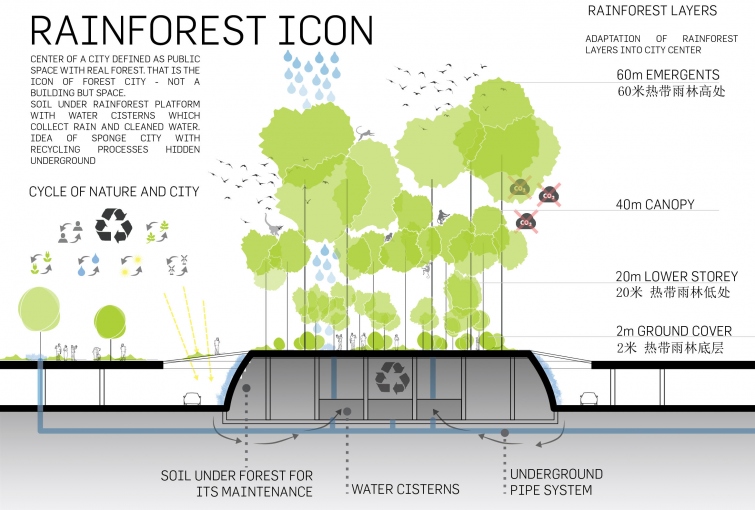 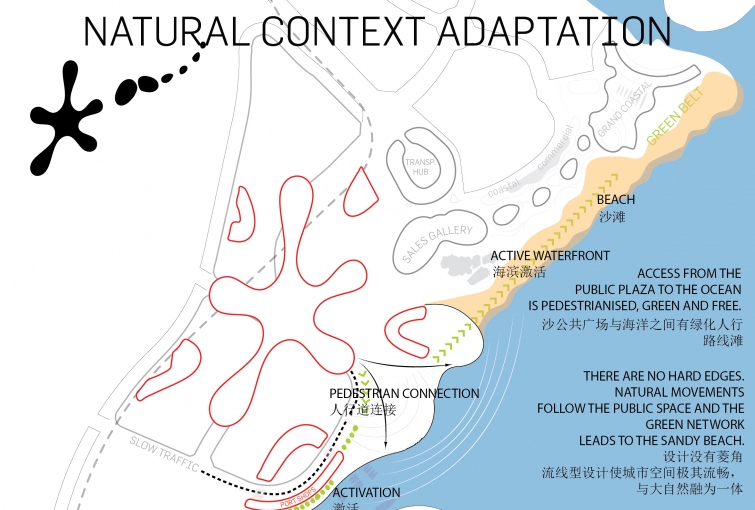 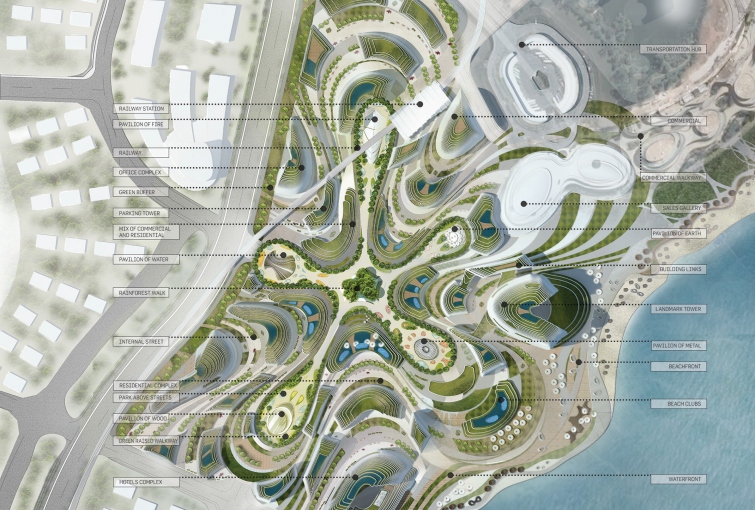 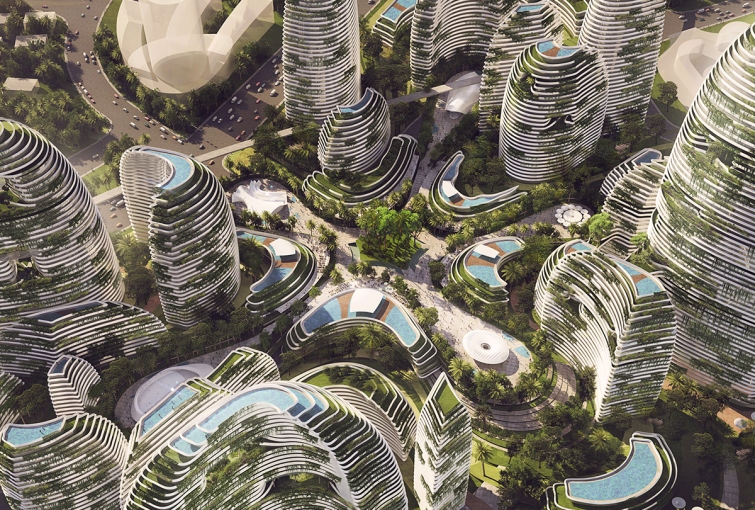 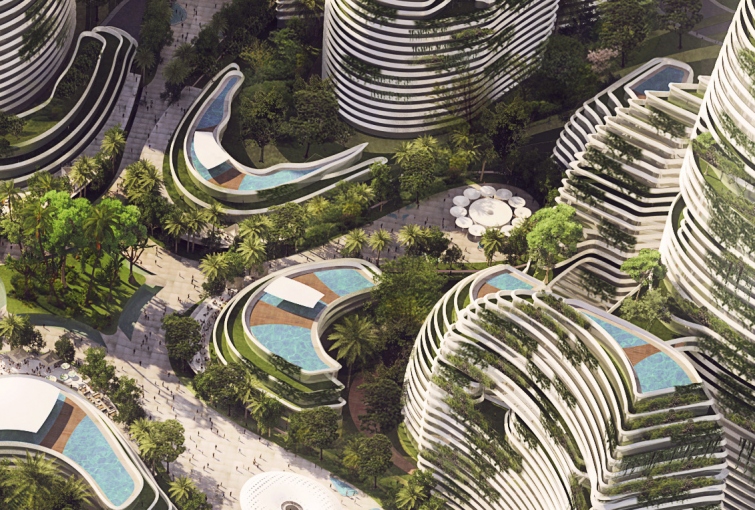 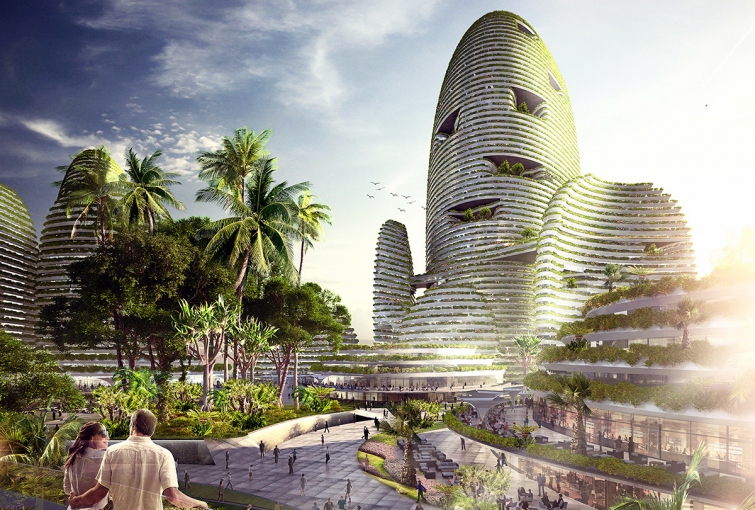